Guess what? I did it! I met my short-term running goals for the week. But before I get to me, I’d like to say GREAT JOB to virtual running club member JH, who this morning ran her second of 12 races this year (one per month) and got a personal record.

As for me, my goals last week were to actually run three times (since I didn’t do that the first time I made the goal), and to beat myself in at least two out of three runs (although I didn’t actually specify how). I did go for three runs, and one of them was actually outdoors. What a blessing—three days after having school and work called off for a polar vortex and windchills in the -30s (F), I was running outside in 53 degree weather. 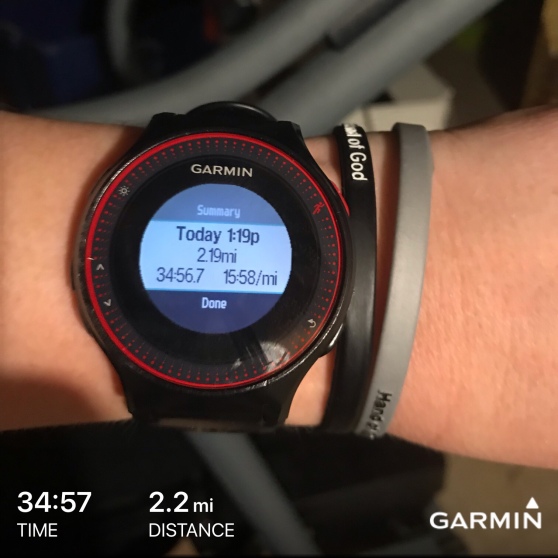 Run one was over four minutes longer, 0.31 miles farther, and 1 second/mile faster than the previous week’s run. (Hey, I’ll take that 1 second per mile!) 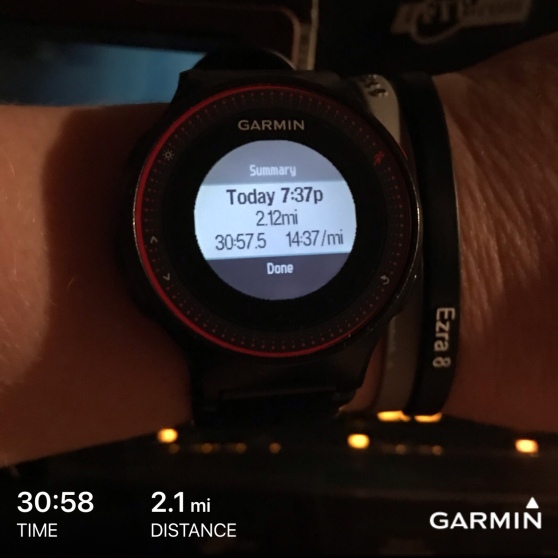 Run two was eventful and is not fully pictured in these stats, since I forgot that my running watch turns on the GPS automatically after it recharges. I ran about three-quarters of a mile (according to my treadmill) before I figured out why the watch wasn’t tracking my mileage or my speed correctly, and started over. What you see here is the do-over—it was still longer in time and further in distance than the first week’s run and my pace improved by 22 seconds/mile. Yay! 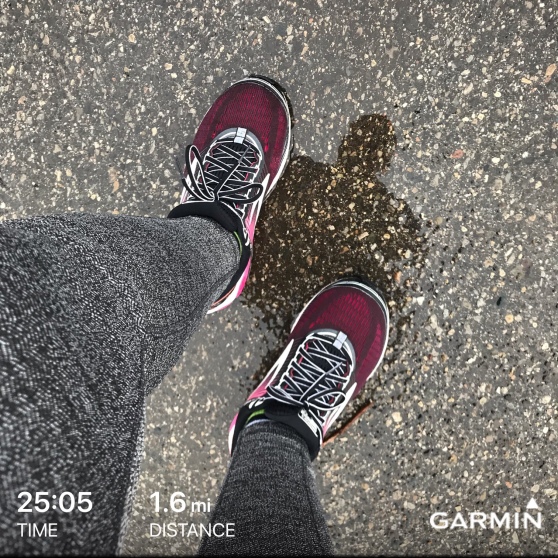 So next week’s goals? Honestly, with this week’s grading schedule I’m probably not going to get enough sleep to fit in three runs without injuring myself. So my goal will be to run a 5K sometime before next Sunday night. Anyone want to do the same? Run 5K, let me know you did it, and voila! Running buddies. And you can feel great about yourself because most people can walk faster than I can run/walk a 5K (and that’s okay with me).

(And nope. Not getting paid to promote Garmin or Brooks, who made my shoes. Just posting!)

PJs? ✔️
My authors friend @m.d.taverner is in her local news today! Way to go, Michelle! I highly recommend her books—I love her writing. You can find her books on Instagram.
What are you enjoying this summer? Walking in the warm sun is my vibe.
A week ago, I was diagnosed with colon cancer, but God has also granted me the peace that passes ALL understanding. I am not afraid—but I know people who love me that are afraid. I know that God is with me and holding me tenderly, close to his heart, and leading me and mine through this with gentleness (Isaiah 40:11), and that’s all I need to know. It is well with me and my soul. 💛
Day 3 of pre-sketching/prep work for a commissioned word art piece. I think this is better than before—but how do I get my vision of color and finishing touches into it, since I work in ink and pencil? Especially with the background I have envisioned.
Commissioned pre-sketch/ideas sketch, part 2. You’ll have to zoom in to see it, but the bubble letters seem a bit juvenile to me. It’s hard to execute someone else’s idea and still create something that melds with the images in your own head. (It’s hard enough to execute your own ideas!) I may scrap all of this before I am through. Hope he’s willing to wait a year for this piece…
Loading Comments...
%d bloggers like this: