Three weeks since I’ve blogged—wait, what? Three weeks? But as I look back on them, it’s understandable. A lot has happened in three weeks.

A little over three weeks ago, my son graduated from kindergarten and my daughter finished fourth grade. Both were given awards for their artistic and creative abilities—something so precious to this mama’s heart! I am a creative at heart, and love seeing creativity shine through my children. 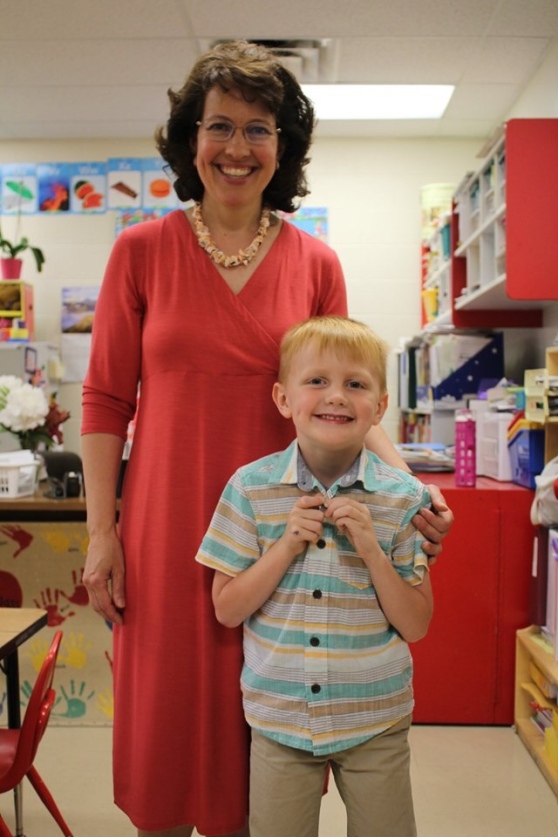 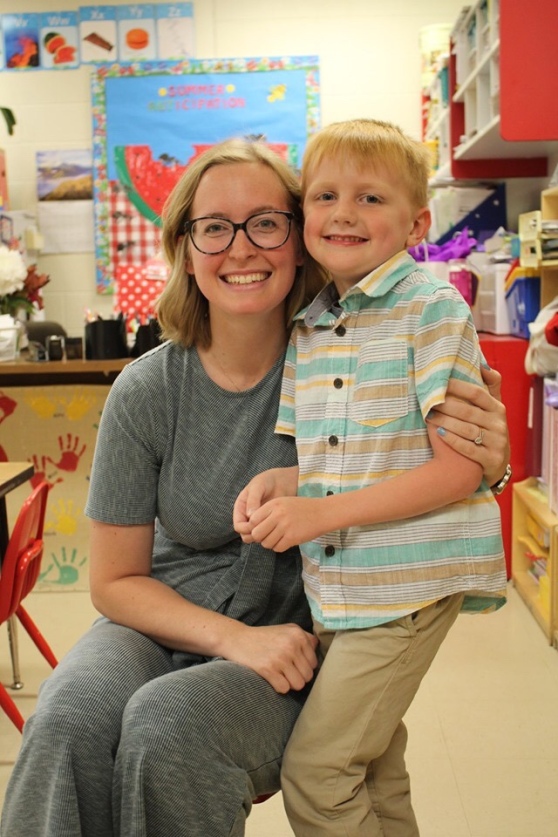 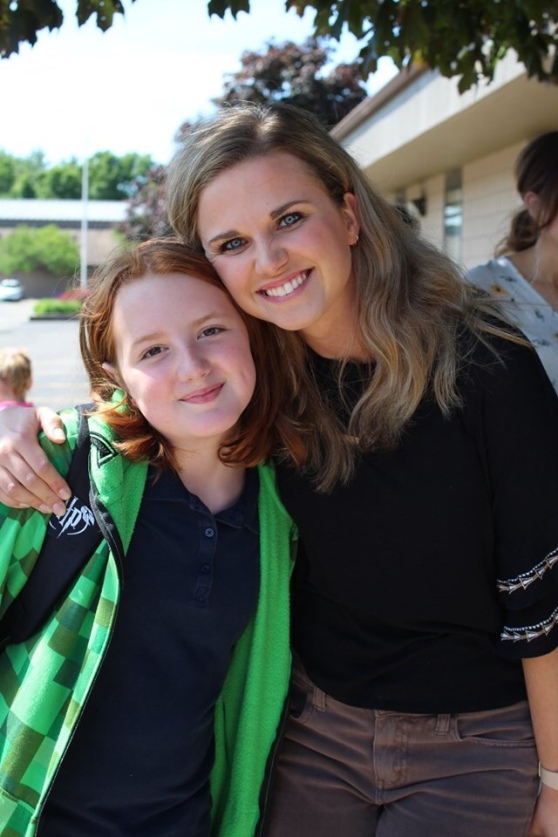 The following week, VBS happened—Vacation Bible School—and during that week we also

*had an attempted sleepover with one of my daughter’s friends (she went home, and I later discovered she has never spent the night anywhere before—still it broke my daughter’s heart because she thought there was something wrong with her that made her friend leave)

*went to the sprinkler park with some cousins

*made my son’s second batch of cupcakes for the summer (he’s working through a magazine of 100 different cupcakes, and wanted to make all of them this summer! I told him it would take a bit longer than that)

*had an actual sleepover with another cousin to make up for the attempted one.

I also got some adult time in with two of my oldest, dearest friends—we haven’t been able to get together for 2.5 years!

Life only got busier, faster, and slower all at once after that. This has been a season of graduations, with two in my family, and between VBS and my daughter’s sleep-away camp (coming up next) we attended the second of the graduation parties for my cousins’ children. We weren’t even there ten minutes when near-tragedy hit. One of my aunts, now in her seventies (but I have no idea how—my aunts and uncles are not that old! They can’t be!) but still full of life, somehow tripped coming down the stairs and hit her head on the wall opposite. Then she stopped breathing and responding to anything until her sister gave her CPR. Away in an ambulance to a nearby hospital she went, with her sister and her daughter’s family, who had arrived right after the ambulance did.

The next several hours were full of conflicting reports from the various doctors running the tests and coming in to observe her. Scans revealed she had broken her C1 vertebra, and one report said she would need surgery or could face paralysis. Just then, back home and having just splashed boiling water on my stomach when the macaroni for my son’s dinner stuck in the bottom of the pan while I was stirring it, I broke down in tears and begged God for a miracle. I confessed my mustard-seed sized faith in the modern medical miracle—I know God can perform miracles of healing, but I often doubt that he will, telling myself that he has allowed the condition for some reason—and asked for one, also confessing that my motive was completely selfish. I am not ready to lose my mom’s siblings; I lost her early enough. And I asked for my aunt to have the peace that passes understanding as she went through this. I knew she was conscious, and I couldn’t imagine what she was going through.

The following morning, having not heard many more specifics other than that things might have been better than expected with my aunt, I took my daughter to a Christian camp for the third year in a row (six days, five nights). My son and I headed to another aunt’s house for a few days, where I discovered I had no cell service (seems crippling after having grown familiar with it these past twenty years or so). My daughter made friends, had fun, and grew closer to God—and was once again recognized for her creativity—and my son and I relaxed into life at a different pace for a few days. 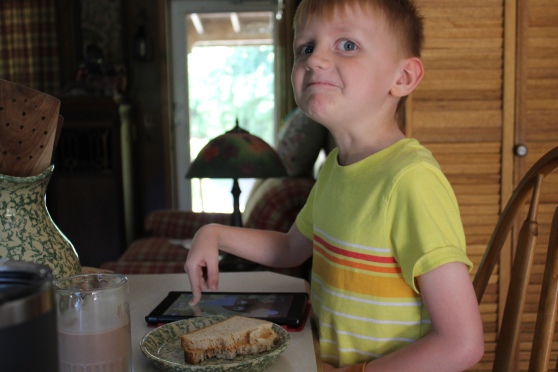 While my aunt, son, and I relaxed, my injured aunt came home. When I was able to talk with her I made an amazing discovery—God had granted my miracle. The neurosurgeon, the “final authority” as he told my relatives, started the consultation before he sent her home with the bad news: “You broke your neck.” Then he continued with the amazing, miraculous news: “You have to wear a brace for two weeks, and then you should be good as new.” He explained that she probably didn’t even need the brace and it was just a precaution. And my aunt, speaking to me, told me she was peaceful and calm in the hospital.

Finally, this past week, spent at home, has been a never-ending battle to catch up and deal with one small mishap at another. Without having to run here and there and play the chauffeur, I thought it might be one of the more relaxing weeks of the summer. Instead, it’s been the week of small attacks I think were meant to bring me down—the low after the high of witnessing a miracle. The housecleaning that usually takes me five hours on a Monday never got completely done, probably because I kept adding things to my agenda like trying to get the second of my two vegetable gardens cleared of the pineapple sage that has overtaken it (probably no veggies in that one this year—we’ll see. That garden is still a work in progress). I also decided to begin shampooing our carpets, and did my bedroom and the hallway (pictured in my Instagram feed on the left). That night, my senior dog peed in her sleep for the first time in months—on the bedroom carpet—and the following night she threw up on it. The next day our kitten decided to knock over a bowl that had the remnants of chocolate ice cream in it (yes, on the carpet). And this morning I broke a coffee pot full of water while trying to make my coffee (so thankful for the spare coffee pot!). 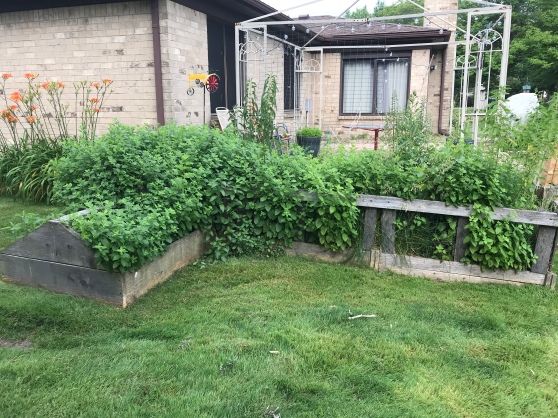 I can’t help but think that all of the little mishaps are small efforts to attack my faith. It’s not just those small things; I’ve also learned that two friends who previously beat cancer have had (or may have had, for one) it return in different forms. At a time in my life when I’m trying to lean on God, follow his direction, and hoping he’ll let me and lead me into an entirely new adventure, I am being hit with things large and small to take me down in the day-to-day. At those times, though, I just need to sit and remember and see how faithful God is in the day-to-day. To see the things listed in this post, how much I have to be thankful for in just the past three weeks. And I know that God will remain faithful, will remain performing miracles—large and small—in the day to day of my life.

I am thankful. Grateful. Blessed.